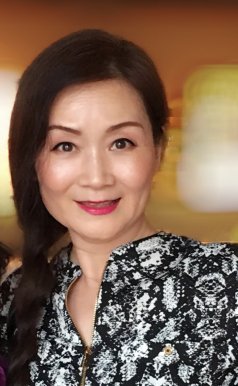 ormerly known as:The Little Lotus Troupe), led by Ms. XiaoSong Hèr, made its debut in the fall of 2004, with ethnic Chinese dances and fashion shows where they displayed their colorful Chinese outfits including but not limited to the "cheong sam" or as it is known in China: "qi pao", a traditional Chinese formal dress for women.

The performance group was organized to offer a unique opportunity for children of Chinese heritage to learn and enjoy traditional and contemporary dance as well as other Chinese Performing arts.

The Little Lotus Company consists of 19 girls ranging from 5 to 17 years old. Classes consist of stretching exercises and warm-ups, followed by instruction in dance technique then learning and perfecting their dances. In addition, several hours are spent learning how to walk properly and model clothing in preparation for their fashion shows. Ms. XiaoSong He performing for meckminist.org >>>>>>>

The little Lotus Company performs at Chinese New Year celebrations in Charlotte, Davidson and Myrtle Beach, SC. They also perform at the "Festival in the Park", the Asian Festival and Dragon Boat Races at Lake Norman, the Children’s Arts Festival in South End and UNCC's IFest, among others.

The girls share pride in their Chinese heritage and have a special relationship with each other, much like sisters. The Little Lotus Company in action!

Recently the Little Lotus Company performed at Parkwood Middle School in Union Co., this is what they wrote us afterwards:

Millions of thanks to you, your students, and the mom.  I heard a lot of positive feedback from the teachers, parents, and students.  The 摆族舞 (Bǎi zú wǔ) was impressive and the young dancer (sorry, I should remember her name) [Cammy] was gorgeous; she amazed everyone and opened everyone’s eyes.  They also enjoyed My Little Apple dance and my students want to do the dance again today.  I am glad we have successfully introduced Chinese culture to the community.

I am sorry you spent so much time in the traffic and I really appreciate you made your effort to come early.  Thanks a lot for your professionalism to well prepared for the performance and got it done fabulously even we had a difficulty for the technology issue.

I have enjoyed the wonderful performance and I hope you all also have enjoyed the great experience at PWMS International Festival.  I am looking forward to having another opportunity to work with you to introduce Chinese traditional dance to our students and our community.

Thank you again and have a relaxing weekend!

Enjoy these videos of our troupe at two of our many performances.

→ You will find more videos at the bottom of the Related Links page. ←